"Urban is personable, charming and very bright. He went beyond the call to ensure I got into museums, made the most out of walking around Ljubljana, and he took an interest in helping with the Slovenian genealogy portion of my trip.

Urban has a website dedicated to helping Slovenian Americans with their family visits and so I highly recommend having him assist with your family genealogy tour.

Urban can also make trips beyond Slovenia, and his driving skills are impeccable.

California (USA)
"Following two days of genealogical research in the archives of the church in Ljubljana, we spent a day with Urban to visit Novo Mesto - the city in which our family ancestors lived since the mid-1700's. He had done some research in advance of our visit and was very enthusiastic to show us the town. He was very organized as well as flexible so that we could adjust our plans as we learned more about our family history. Urban never hesitated to call or knock on a door that could reveal more information for us. He helped us find missing pieces of our family tree and made our trip extremely successful."

California (USA)
"After years of searching for relatives in Slovenia with no results Urban came to the rescue and accomplished what we could not.
He obtained certificates from the Maribor Archives and we started on our search. With addresses from the certificates in hand, we left early in the morning to travel to the beautiful mountains of Slovenia in hopes of finding relatives. Urban knocked on doors and explained that we were from the U.S. looking for relatives who once lived at their address. We were invited into their homes, and while we visited were offered food, drink and many stories, usually with Urban interpreting. One family who was not a relative said she knew a family down the road who had the last name that we were looking for. She called them for us, and to our joy finally found distant cousins.
None of this would have been possible if it were not for Urban (the ancestry hunter). We would have never driven on the dirt mountain roads or been able to converse with the families. My only regret is that we didn’t have more time to spend with Urban as a tour guide."

Cleveland, Ohio (USA)
"When I was growing-up in the U.S., my grandfather always talked about Slovenia. As a child, to me this was a far-off, inaccessible place. Thanks to Urban, he took me to my ancestral village and got access to the home where my grandfather was born! It was an experience I'll never forget."

Illinois (USA)
"I’d like to share this on report ancestor hunting in Slovenia and tell a bit of the story of how Urban at Ancestry Slovenia made our trip such a success. In 2016, my husband’s sister and I began planning a trip to find out about ancestors who had left Slovenia for the U.S. over 100 years ago. In addition to ancestor hunting, we wanted to see the birth country of the grandparents, so we’d rented a car and mapped out a driving tour of Slovenia from east to west. We’d been working on the US records for almost two years, and we were sure we had collected all of the relevant records to be found in the U.S. In fact, we’d already discovered that the Grandparents were not from Ljubljana, as family members had thought, but from tiny, remote villages located somewhere near Sevnica (Grandmother) and Brežice, Slovenia (Grandfather.) We didn’t know a thing about these villages, and we weren’t aware of any relatives currently living in Slovenia. Four months before our trip, a volunteer at the Slovenian Genealogy Society International (SGSI) in Cleveland, Ohio, helped determine that the older records for our family in Sevnica and Brežice would be at the archives of Maribor. She gave us the name of Gregor Skafar, archivist for the Archdiocese of Maribor. We sent our U.S. records directly to him. Fortunately, this same volunteer had expertise in tracing family history for herself in Slovenia. She suggested that in addition to contacting Gregor Skafar, we might want to hire a guide for the ancestry hunting part of our trip.
We started a flurry of communications. In the end, we connected with someone described as a part of a team of “detective guides.” This person was Urban, a licensed Slovenian travel guide who also enjoyed helping people find their roots in Slovenia. Urban spoke perfect English, as well as Slovenian and several other languages. He kept in regular email contact with us from our first contact until we returned to the U.S. at the conclusion of our trip. Another month went by and we hadn’t heard from the Maribor Archives. Now, we were worried we wouldn’t get the records in time for our trip. At this point, things needed to move fast. Thanks to Urban, they did! Urban asked for copies of all we had sent to Gregor in Maribor so we sent him the US records. Urban indicated getting records from the archives could be a slow process, so he contacted Gregor directly to see how the research was going. Urban’s involvement seemed to make all the difference. We heard from Gregor that he would have the records we’d requested (birth/baptism for grandparents, birth/baptism and marriages for great grandparents, and any death records the archives had. Gregor said these would be ready for pick-up in Maribor on the day of our arrival in Ljubljana. To save time, we asked Urban if he would consider going to Maribor and collecting the records from Gregor for us. Urban agreed to do this, so he actually met Gregor for us. He talked to Gregor regarding the records and made arrangements for us to pay the Maribor Archives for the record copies while we were in Slovenia.
Meanwhile, Urban used his time alone with our records to plan our visit to the two locations where the Grandparents were born. He met us at our hotel in Ljubljana, where we discussed the plan he’d made and looked over the maps he’d created for our guided trip. He translated the records he had picked up for us from Maribor, and he even sketched our family tree to explain to anyone we happened to meet who we were and who we were looking for. We had rented a car with GPS, but it was great to have Urban drive us to these rural, mountainous locations. He helped us with several practical questions we had, and he made recommendations for local dining along the way, even selecting menu items for us. We were delighted with the trip Urban planned for us!
Finally, Urban proved an experienced ancestor hunter, as well as a personable fellow. He took us to the rural residences where the grandparents were born, inside parishes, and into local homes. It was so much fun to meet the people who currently lived on the site of homes that had been either greatly remodeled or raised all together for newer buildings since our ancestors were there over one hundred years ago. We were made to feel so welcome! Everyone we met knew the history of their property or had some connection to the people of our surnames. We found that amazing considering all of the time that had passed. It was in this setting that Urban translated the fun and informative communications between all of us. We left with gifts of red and white wine, pear schnapps, and many new email connections to help with our Slovenian family tree in the future.
If I’m fortunate enough to travel to Slovenia again, Urban of Ancestry Slovenia (ancestry-slovenia.com) will be my guide!"

Bozeman, Montana (USA)
I recently traveled to Slovenia as a member of the Slovenian Genealogy Society International’s 2018 Genealogy Journey Tour. This was my first trip to Slovenia. Besides enjoying this beautiful country, two primary objectives of the trip were to research my four grandparent’s ancestry at the Catholic Archives in Ljubljana and then visit their homeplaces.
I was so fortunate to have connected with Urban of Ancestry Slovenia. After three days at the Archives I obtained significant ancestor records. Then on the fourth day, Urban served as my driver/translator on a fantastic trip into the countryside to find the homeplaces of my four grandparents. He first arranged for us to meet with the pastor of the Catholic church at Videm, Dobrepolja, the parish of my paternal grandparent’s families. As translator, Urban helped me communicate with the priest to locate family records for both of my dad’s parent’s families. The priest pointed out living relatives of my grandfather’s and grandmother’s families in two nearby villages of Ponikve and Bruhanja vas, respectively. We visited the Videm church and adjoining cemetery then drove on to meet the relatives. Meeting and visiting with living descendants of both paternal grandparent’s youngest brothers at the family homesites was an unexpected bonus. I do not believe this would have occurred without Urban’s help. With Urban as my translator, it was like I was speaking directly with the relatives. After several very enjoyable hours, we left for my maternal grandfather’s homeplace at nearby Medvedjek in the Velike Lašče Parish. We located the homesite, but unfortunately it had been recently demolished. The adjoining home was still there. We visited the cemetery at Velike Lašče and located the recent grave of the grandfather of a cousin from Kranj. On the way to my maternal grandmother’s homeplace at Cagošče, we stopped at Skofljica to meet a paternal grandfather second cousin who worked in the post office there. After a short visit, we continued to Cagošče and found grandmother’s family homesite. The present owner had demolished the original house but was rebuilding a near-replica on the original foundation. He showed us a document that listed the property transfers over time including the acquisition by my great-grandfather.
I am so grateful to Urban for the amazingly, successful ten-hour trip into the Slovenian countryside to find the homeplaces of my family and to meet living relatives. I will also say the hospitality of everyone we met was spectacular! Since I returned to the US, I have continued in communication with Urban and intend to use his services to remotely extend my genealogical research. I intend to return to Slovenia within the next two years and again use Urban of Ancestry Slovenia as my guide! 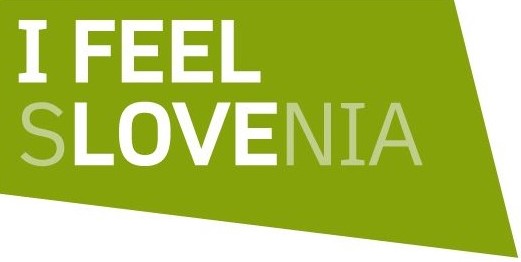